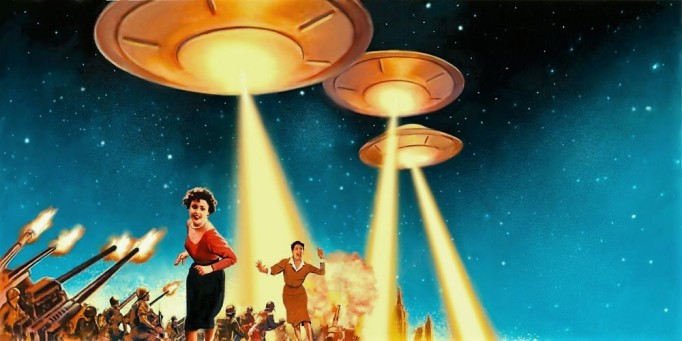 For years I’ve wondered why humans are always fighting.  Our entertainment films thrive on war, killing and violence.  How can viewing this be fun and entertaining?  Google this subject and you’ll not find an answer.  The truth was likely deleted to keep us in the dark.

At last I’ve found the answer In the book The Gods of Eden by William Bramley.  He refers to the ETs who created mankind to use as slaves as “Custodians”.  These Custodians have formed secret societies which are the cause of all of the strife and misery here on Earth.  On page 87 of his book he relates;

“Wars serve another Custodial purpose revealed in the Bible.  The Adam and Eve story mentioned “God’s” intention to make physical survival all-consuming from birth until death.  Wars help bring this about because they absorb large-scale resources and offer little to enhance life in return.”  (Aren’t we are all struggling to get by in this world today?)

“Wars tear down and destroy what has already been created — this makes a great deal of extra effort necessary just to maintain a culture.  The more a society engages in building war machines and fighting wars, the more the people of that society will find their lives consumed in tedium and repetitious toil because of the parasitic and destructive nature of war.”  (look at the huge military and defense budget our country has to sustain our war effort.)

“This is as true today as it was in 1000 B.C.  It is easily observed that people will fight and quarrel without any out side prompting.  There is hardly a creature on earth that does not at some time in it’s life attack another.  One clearly does not need a manipulative third party for a dispute to arise between groups of people.  Third parties simply cause disputes and conflicts to be more frequent, severe and perorated.  Spontaneous, uninfluenced fights tend to be quick, awkward and centered around a single visible dispute.  The way to keep fighting artificially alive is to create unresolvable “issues” which can only be settled by the complete annihilation of one of the opponents and then the opposing teams sustain their struggle against one another by equalizing their fighting strengths.”

“To keep a whole race in a constant state of strife, issues over which members of the race will fight one another must be generated continuously, and fervent warriors must be bred to fight for those causes.” (Humans were purposely bred to be the violent servants of the ET Custodians).  “These are the precise types of conflicts which have been created by the secret Brotherhood network all the way up until today. The artificial conflicts have embroiled the human race in the unrelated morass of wars which have so blighted human history.”

Look at the struggle President Trump is having because of the constant opposition caused by the efforts of the secret society which is behind the evil in our government.  This is how the inhabitants on this planet are being covertly manipulated to keep us in a constant state of war, and through our media are taught that war, fighting and violence is the way of our world and is normal.  The problem is that humanity does not realize this deceit.  The book The Gods of Eden reveals all these secrets and it was written 25 years ago yet accurately describes our warring society and government of today.

About the author: Ed Cushman has written several books and has a web site quietworld.com that featured outdoor and nature photography. He is a media specialist and photographer. He has worked for the Air Force and private contractors in the field of missile re-entry research.  ~via In5D.com