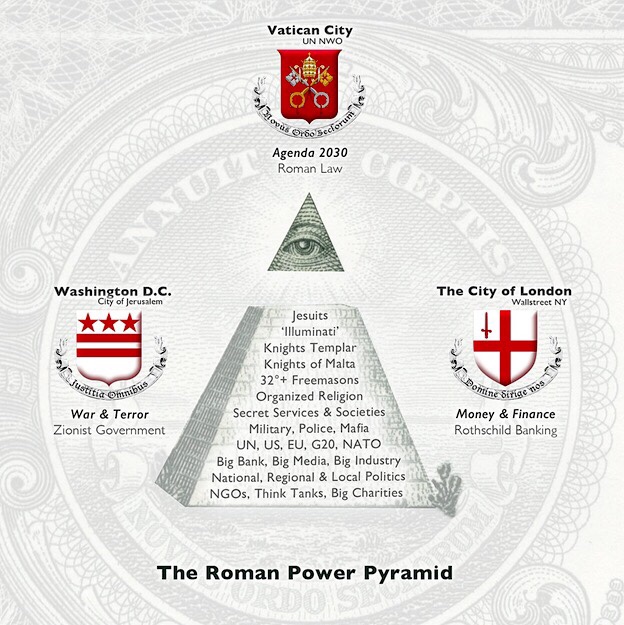 The City of London:

“The top power echelon in the Vatican is secretly working with the international criminal cabal government groups, the Jesuit military orders and the luciferian bloodline families — together called the ‘globalists’ — to carry out blood sacrifice rituals and child trafficking in order to nourish the satanic forces on the planet. Through black magic sorcery, human sacrifice and blood harvesting, they receive detailed instructions from the off planet anti-Christ forces, to carry out the next moves for their One World Order agenda. These black magic rituals, with child sacrifices, go back to the NAA invasion and the introduction of the Kabbalah teachings, when the Artificial Tree of Life and demonic hierarchies were presented in Babylon by the Saturnian blood worshippers. This spiritual template is still being used by Satanists and Luciferians worldwide, it is their religion.”