“I often hear people in my line of work saying ‘Man, we’re going to look back on all this crazy sh*t and think about how absolutely weird it was!’ No we won’t. Because it’s only going to get weirder. It’s only going to get weirder, because that’s what it looks like when old patterns start to fall away. The human mind is conditioned to look for patterns in order to establish a baseline of normal expectations upon which to plan out future actions. This perceptual framework exists to give us safety and security, so disruptions in the patterns upon which it is based often feel weird, threatening, and scary. They make us feel insecure, because our cognitive tool for staying in control of our wellbeing has a glitch in it. This great unpatterning is going to continue, in many wild and unexpected ways. And things are going to keep getting stranger. Watch for gaps in the armor of the establishment oppression machine. Watch for gaps in the deluded nature of our society. Watch for gaps in the patterns, and use your wisdom and creativity to assist them in unpatterning as the opportunity presents itself.”

In an attempt to contain the COVID-19 pandemic the president of the United States has just announced a 30-day travel ban between the US and Europe, the super-rich are flying off to disaster bunkers, and the NBA has just suspended its season.

If this is the first you’re hearing of this, go ahead and read it again if you need to.

This is all news that came out minutes prior to this writing. There may have been many other immense news stories by the time you read it.

This is a level of disruption that the world hasn’t seen in generations. Normal things that had been a routine part of people’s entire lives are just not there for them now, whether it’s normal socializing, watching the basketball game, or buying toilet paper at the store.

I said the following last month in an article titled “2020 Is Going To Get Much Crazier. Prioritize Your Mental Health.“:

“As I said back in November, things are going to get weirder and weirder throughout the foreseeable future. We’re coming to a point in history where the only reliable pattern is the disintegration of patterns, and 2020 has come storming out of its corner swinging for the fences working to establish this pattern with extreme aggression. We’re not going to hit a point of stability or normality this year, we’re going to see things get crazier and crazier and crazier. I don’t know what’s going to happen, but I know it’s going to be nuts.”

And by Jove if that isn’t proving true in some bizarre and unexpected ways. I certainly wasn’t expecting the coronavirus to play a role in that unpatterning at the time — in fact I was dismissive of it when it first emerged — but we’re seeing a disruption in collective patterns and routines like nothing most of us can even recall.

Here’s what I said back in November:

I often hear people in my line of work saying “Man, we’re going to look back on all this crazy sh*t and think about how absolutely weird it was!”

No we won’t. Because it’s only going to get weirder.

It’s only going to get weirder, because that’s what it looks like when old patterns start to fall away.

The human mind is conditioned to look for patterns in order to establish a baseline of normal expectations upon which to plan out future actions. This perceptual framework exists to give us safety and security, so disruptions in the patterns upon which it is based often feel weird, threatening, and scary. They make us feel insecure, because our cognitive tool for staying in control of our wellbeing has a glitch in it.

When you’re talking about a species that has been consistently patterned towards its own destruction, though, a disruption of patterns is a good thing. Our ecocidal, warmongering tendencies have brought us to a point that now has us staring down the barrel of our own extinction, and that is where we are surely headed if we continue patterning along the behavioral trajectory that we have been on. Only a drastic change of patterns can change that trajectory. And we are seeing a change of patterns.

This great unpatterning is going to continue, in many wild and unexpected ways. And things are going to keep getting stranger.

The clear-eyed rebel’s job, therefore, is to watch for opportunities to help lead us as a collective along a brand new, healthy trajectory. There’s no way to know in advance what those opportunities will look like, because predictability is premised on pattern consistency. But they will appear, from unpredictable and unanticipated new directions. Wherever you see a gap, your job is to pour as much truth and wisdom and health into it as you can possibly muster.

2020 is still just getting warmed up.

Ascension Avatar note: As a portrait artist/ visual mathematician, I assure you there is more than one version of Donald Trump — and I can even identify which ‘ones’ are which. The question is, will he be the next political ‘figure’ malfunctioning and collapsing in front of a big black van at the curb? 🤔 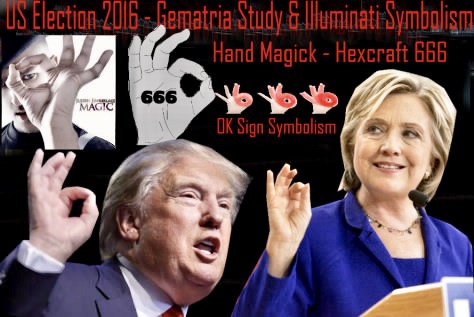 Do you actually believe these are the hands? 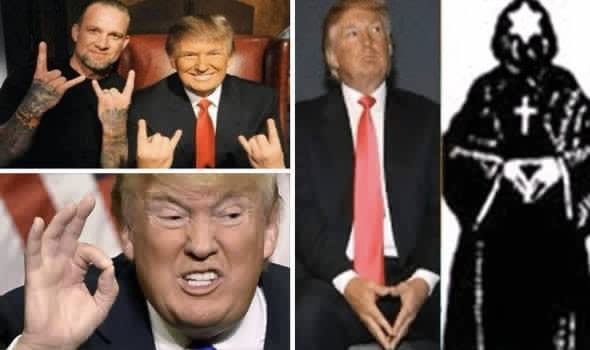 Here’s a version with the slightly pug nose… 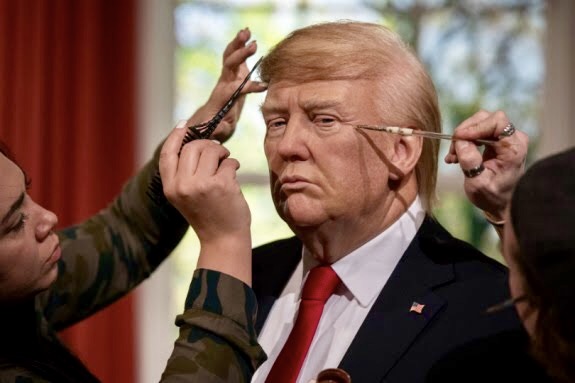 Regardless of the form… he’s still a puppet… 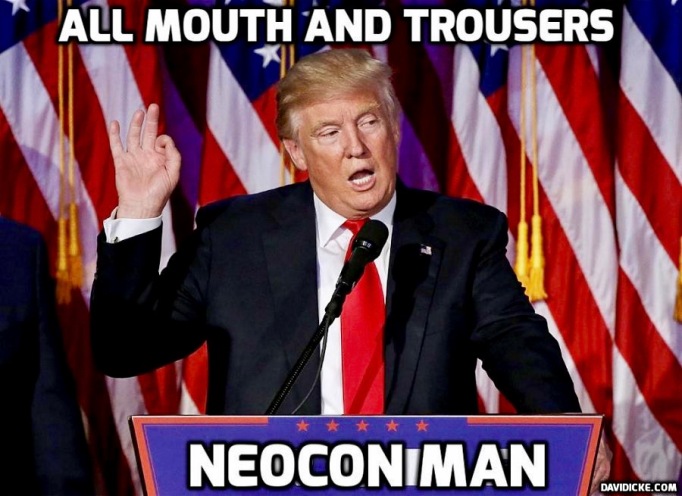 In Beyond Science, Epoch Times explores research and accounts related to phenomena and theories that challenge our current knowledge. We delve into ideas that stimulate the imagination and open up new possibilities. Share your thoughts with us on these sometimes controversial topics in the comments section below.

Some of the strange moments in our lives may make us question “Are we living in ‘The Matrix’? Was that a glitch?”

“‘Oh,’ I think, ‘They must have mixed the order.’ I was just about to say this when my friend says out loud, ‘Looks like they made a mistake and gave us two,’ as he opens the first box again. Inside of it is a General Tso chicken order. General Tso chicken, white rice, and an egg roll. He froze and looked at me. I looked back at him, and we sat in silence. It took us five or so minutes to collect ourselves.”

“I had a (subjectively) long, involved dream where I was a vendor in a fish market. I remember getting up early, dressing, doing a whole morning routine, going to get tea, heading out to the docks, buying fish, loading them in a cart and going to get ice, then haggling for ice, buying some less fresh fish while I was at it, then going to a market to my stall, setting up and selling fish all day.

“It was so real. I talked to friends, smoked nasty cigarettes, haggled customers, ate lunch, had tea, and just lived through the day. At the end of the day, I cleaned up, counted my cash, paid the stall rent, went home, cooked some of the fish I hadn’t sold, … with some veggies and rice that I’d traded for. I drank more tea, relaxed for a while, then drew a hot bath, soaked, and smoked some more [cigarettes] … then went to bed.

“The next morning, I woke up refreshed, ready to go down to the docks to buy fresh catch…. Except I was in my house, next to my wife, truck parked outside and it was Saturday—no work. My wife and I were getting geared up to go skiing in Oregon and the car was already packed. Weird thing was….

“In the dream, I was single. And a smoker (I’m not). And the whole long dream had been in fluent Chinese, the effortless kind of fluency that only comes from a lifetime of speaking it. Oh, and I had been Chinese.

“I’m a big, hairy white dude—somewhat fluent in Spanish and I know a little bit of Russian, but I’ve never…. It was just weird. I’ve never worked in a fish market.

5. Of All the License Plate Combinations, What Are the Chances?

“Several years ago I woke up in bed next to my (now ex-) girlfriend and we had a conversation in fluent French. I got up and got in the shower, and as the water started running I realized neither of us … [knows how to speak] French. When I got out, I asked her about it. She remembered it happening but was as confused as I was. I can’t even remember what we talked about, because I don’t … speak French. Brains are weird.

“I was in Paris on Christmas Eve doing a Contiki tour and was at a nightclub, absolutely black-out drunk and jumped in a taxi with one of the girls from the tour. She [came up to] … me in the morning telling me that she was impressed I spoke French so fluently. After I told her that I didn’t know how to speak French, she told me that I’d had an approximately 30-minute conversation in fluent French with the taxi driver.

“It blew me away, and she was so adamant it happened.”