From the 4th Annual Fake News Awards, a commercial for a product that will help doctors with their most important struggle during these difficult times: improving their TikTok dance routines. 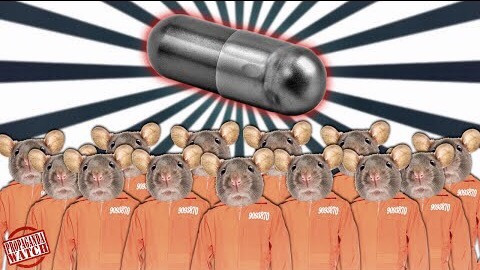 You’ve probably heard about John B. Calhoun’s mouse utopia experiment by now. Everyone’s been talking about it recently. But what does this experiment really tell us about the human experience, and can we avoid swallowing the poisoned black pill of the propagandists when covering this highly anti-human idea? Join James for this important exposé of the Malthusian eugenicists behind the great reset.

Your thoughts and opinions are incredibly important to those who want to direct your behaviour. So it should be no surprise that propagandists float trial balloons in order to gauge public reaction to new proposals before going ahead with their plans. Join James on today’s #PropagandaWatch as he breaks down this important mechanism of propaganda.

If you are afraid of being called a conspiracy theorist, then those words are having their intended effect. I will not censor myself to appeal to the Normie McNormiesons of the world. Yes, sometimes I theorize about conspiracies. And guess what? So do you! Now let’s discuss some evidence, shall we?

“They call me a ‘conspiracy theorist’. I call them a ‘reality denier’.”

“No one has ever called me a ‘conspiracy theorist’. Usually by the time I’ve thrown a ‘truth bomb’, in words a kindergartener could understand, they either have an ‘awakening moment’, or they are speechless and feel stupid for allowing themselves to be so blind. Most of the time, they completely agree, and are not afraid to discuss it openly and freely, so that if any bystander should hear, they might experience their moment of awakening, too.”

So, it’s 2020 and you’ve fallen down the rabbit hole. Disorienting, isn’t it? Well, don’t worry: you are not alone. On this special edition of The Corbett Report, James Corbett welcomes all the newcomers to the reality-based community and gives them some tips and advice that he’s learned along the way about navigating this world of lies and cover ups.