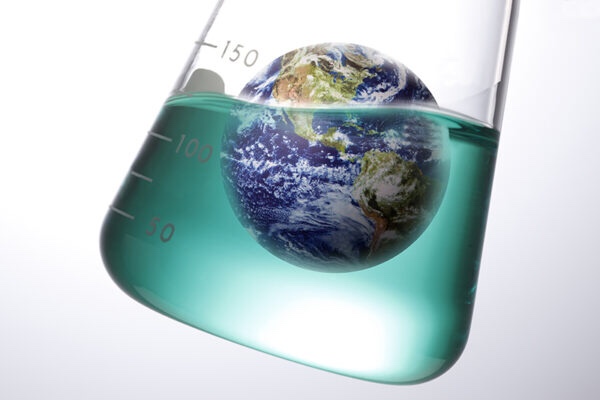 “Geoengineering is a field of research investigating methods to deliberately manipulate the climate in an attempt to fight climate change. Coincidentally, this dangerous science has been funded in part by none other than Bill Gates. Prominent geoengineering researcher Ken Caldeira says he receives $375,000 a year from Gates and works for Intellectual Ventures, a private geoengineering research company part-owned by Gates and run by Nathan Myhrvold, former head of technology at Microsoft. If this field of research poses such a grave danger to the planet why are technocrats like Bill Gates funding these efforts? Are these efforts related to Gates’ eugenics agenda? We leave that determination up to the reader.”

A new study from Massachusetts Institute of Technology is adding to the growing list of concerns around the controversial science of geoengineering. Researchers have found that geoengineering techniques could significantly change extratropical storms and introduce changes to the climate.

Geoengineering is a field of research investigating methods to deliberately manipulate the climate in an attempt to fight climate change. One of these methods is known as solar radiation management (SRM). Proposals for SRM suggest that scientists might be able to replicate the results seen from volcano eruptions. MIT reports:

“How can the world combat the continued rise in global temperatures? How about shading the Earth from a portion of the sun’s heat by injecting the stratosphere with reflective aerosols? After all, volcanoes do essentially the same thing, albeit in short, dramatic bursts: When a Vesuvius erupts, it blasts fine ash into the atmosphere, where the particles can linger as a kind of cloud cover, reflecting solar radiation back into space and temporarily cooling the planet.”

Researchers have proposed using planes, balloons, or blimps to spray various aerosols into the atmosphere in the hopes of reflecting sunlight and cooling the planet. This type of geoengineering is extremely controversial and previous studies have linked the technology to potentially dangerous outcomes for various parts of the planet.

Now a research team lead by Charles Gertler, a graduate student in MIT’s Department of Earth, Atmospheric and Planetary Sciences (EAPS), has found that “solar geoengineering will not simply reverse climate change. Instead, it has the potential itself to induce novel changes in climate.” Gertler and his team have published the results in the journal Geophysical Research Letters.

Specifically, Gertler’s team found that solar geoengineering could alter what are known as extratropical storm tracks. MIT describes storm tracks as “the zones in the middle and high latitudes where storms form year-round and are steered by the jet stream across the oceans and land.” These storm tracks help create extratropical cyclones, and the strength of the storm tracks determine the severity and frequency of storms known as “nor’easters.” A nor’easter is a storm along the East Coast of North America in which the winds over the coastal area are typically from the northeast.

The researchers used a scenario of solar geoengineering known to climate scientists as experiment G1 of the Geoengineering Model Intercomparison Project (GeoMIP). This project provides various geoengineering scenarios for scientists to run to determine various climate effects. G1 assumes an ideal scenario in which geoengineering blocks enough solar radiation to act as a counterbalance with the warming that would occur if carbon dioxide concentration quadruples.

The team found that the strength of storm tracks in both the northern and southern hemispheres weakened significantly in response to geoengineering. This would mean less powerful storms in the winter, but the researchers say the weaker storm tracks could “lead to stagnant conditions, particularly in summer, and less wind to clear away air pollution.” These changes in wind could also affect circulation of ocean water and the stability of ice sheets.

“A weakened storm track, in both hemispheres, would mean weaker winter storms but also lead to more stagnant weather, which could affect heat waves,” Gertler says. “Across all seasons, this could affect ventilation of air pollution. It also may contribute to a weakening of the hydrological cycle, with regional reductions in rainfall. These are not good changes, compared to a baseline climate that we are used to.”

Gertler further stated that his work indicates that “solar geoengineering is not reversing climate change, but is substituting one unprecedented climate state for another.” In the conclusion to their study the researchers note that “there likely exist other consequences of solar geoengineering that the simulations studied here are unable to simulate.”

The concerns surrounding geoengineering are widely known to anyone following the research. Claims that geoengineering could be employed without significantly altering the planet or without making things worse were rebuffed by a number of experts.

Alan Robock, a climate and aerosols expert at Rutgers University who previously conducted research for the Intergovernmental Panel on Climate Change (IPCC), has said that researchers claiming that there will be no significant effect do not take into account the reality that geoengineering may have additional side effects, like warming certain parts of the atmosphere, changing atmospheric circulation, or affecting the ozone layer.

“I do not agree that ’no area will be significantly worse off under a solar geo-engineering scenario’,” Robock has said. “Worse as compared to what? If we rapidly begin mitigation now, that is rapidly reduce our CO2 emissions to zero by switching our power to wind and solar, we will be much better off than a business-as-usual future, or one with geoengineering.”

Interestingly, Robock has previously stated that he believes the Central Intelligence Agency (CIA) may already be using geoengineering techniques as a weapon of war. In 2015, while speaking at the annual meeting of the American Association for the Advancement of Science in San Jose, California, Robock stated he was phoned by two men claiming to be from the CIA, asking whether or not it was possible for hostile governments to use geoengineering, or mass manipulation of the weather, against the United States.

The public and scientific community should examine all of the available evidence which currently shows geoengineering might lead to potential loss of blue skies, lower crop yields, and increases in land and water temperature.

Another study published in February 2015 by an international committee of scientists stated that geoengineering techniques are not a viable alternative to reducing greenhouse gas emissions to combat the effects of climate change. The committee report called for further research and understanding of various geoengineering techniques, including carbon dioxide removal schemes and solar-radiation management (SRM), before implementation. The scientists found that SRM techniques are likely to present “serious known and possible unknown environmental, social, and political risks, including the possibility of being deployed unilaterally.”

In October 2018, the United Nations IPCC issued a report that essentially called for climate engineering as the “last ditch” option to save humanity from environmental disaster. This option is one step closer to reality now that the National Oceanic and Atmospheric Administration is scheduled to receive $4 million in funding. The more geoengineering becomes a reality the more that calls are being made for a global governance framework to guide these programs. It’s becoming apparent that calls for geoengineering will serve as a gateway to global government.

Coincidentally, this dangerous science has been funded in part by none other than Bill Gates. As TLAV previously reported, since 2007 Gates had given $4.5 million to study geoengineering methods for altering the stratosphere to reflect solar energy, techniques to filter carbon dioxide directly from the atmosphere, and brightening ocean clouds. Geoengineering is the deliberate mass scale manipulation of the weather for the stated purpose of reducing heating on the planet.

If this field of research poses such a grave danger to the planet why are technocrats like Bill Gates funding these efforts? Are these efforts related to Gates’ eugenics agenda? We leave that determination up to the reader.

Question Everything, Come To Your Own Conclusions.

President select Donald J. Drumpf believes, so he said that Africa is a “Shithole” country. Don’t get it twisted from my title. Africa is the mother country of the universe, and I mean it literally. Donald J. Drumpf means the terms “Shithole” and “Shithouse” to be applied to Africa both as an adjective, and a noun. Please excuse my language in this post. I mean no disrespect to the elders or the people. It is not used intentional just for the sake of being evil, foul and vulgar. “Shithole” and “Shithouse” appear only to demonstrate how irrational, insidious, fraudulent, idiotic and evil racism is. Additional, whenever it is Kemet, it is the Mother Continent, AFRICA.

Throughout the generations in this country, our elders stress that if Anglo Saxons and Aryans as a whole knew better that they would do better. And, many believe that Drumpf’s offensive statement disparaging the Mother Continent that we often call the “Mother Country” is the result of being badly misinformed. I don’t believe for one minute that it is true, particularly in regards to Donald J. Drumpf and the Dark Satanic Circles. They are motivated by EVIL for the sake of EVIL, and trickery. Many tried to warn the nation of the ultimate EVIL of DRUMPF before he stepped into the OVAL Office.

Now, DRUMPF, Mike Pence and the Dark Satanic Circle has the entire U.S. government in a strangle hold. Even if some knew better about the Mother Country, they would cover their eyes, and continue their EVIL plans of mass exploitation, deception, and genocide. The Donald J. Drumpf statement about Africa is purely deliberate. IT IS JOSEPH GOEBBELS’ UNTRUTH THAT SHALL NOT HAVE A LIFE OF ITS OWN. 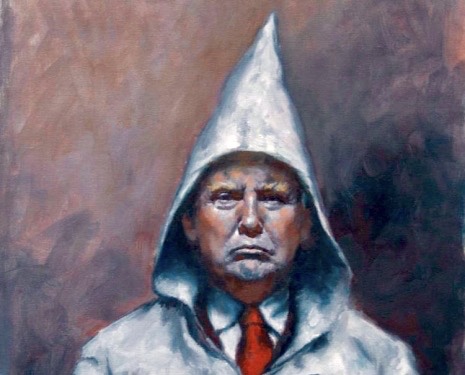