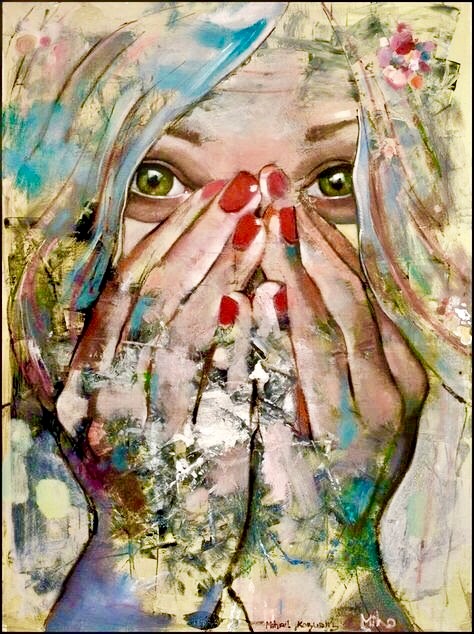 “Emotional immaturity can be defined as a condition where people have not renounced their childhood desires or fantasies, and consequently, their behaviors. They still believe that the people and the world revolve around them and is there to satisfy their wishes and whims, or that reality must conform to what they desire.”

What characterizes the emotionally immature people? The issues of maturity and immaturity are raised with them many myths. People do not admit to being labeled or analyzed by only one aspect. Each of us is a chalice in which different forms of consciousness are mixed: we are ignorant and wise, children and old, mature and immature. We are a mixture, although depending on the moment some characteristics stand out more than others.

Emotional immaturity can be defined as a condition where people have not renounced their childhood desires or fantasies, and consequently, their behaviors. They still believe that the people and the world revolve around them and is there to satisfy their wishes and whims, or that reality must conform to what they desire. Likewise, emotional maturity can be defined as a state of strength and temperance that leads us to realistic and balanced behaviors.

Maturity begins to manifest when we feel that we care more about others than about ourselves.

More than an abstract definition, maturity or immaturity is shown through characteristics of behavior. Here are six traits that are characteristic of emotionally immature people.

1. They are self-centered people

To realize that the world does not revolve around you is a big step in the process of maturity. The baby does not know that. So he asks to feed at 2 in the morning and does not care if it affects his parents’ sleep. As you grow older, you learn to recognize that you can not always get everything you want, that other people and your world also have their needs.

Ripening involves getting out of the prison of oneself and losing the illusion that surrounds the life of a baby: just ask for a need or desire to be satisfied. While we are gradually losing this fantasy, we are also becoming aware of a beautiful possibility: the adventure of exploring the universe of others. If all goes well, we will learn to preserve self, and we will come to you.

2. The difficulty of making commitments

A clear sign of immaturity in people is the difficulty of making pledges and keeping promises. For a child, it is tough to give up what you want at that time to achieve a long-term goal. If we give him a treat and tell him that if he does not eat it at that moment, he will gain one more, the desire to eat the delicacy he has in his hand will prevail.

Through the process of maturity, we understand that sacrifices and restraints are necessary to achieve success. Committing oneself to a goal or a person is not a limitation of freedom, but a condition for projecting yourself better in the long run.

3. The tendency to play the blame game

Children are directed to much of their lives by other people and do not act according to their will. However, they are in the process of formation and insertion into a culture. While they are small, they believe that error carries a punishment. They do not care much about the damages they have caused, but with the penalty or sanctions, they may receive.

To grow is to abandon this sweet state of irresponsibility. To mature is to understand that we are the only ones responsible for what we do or do not do. Recognize your mistakes and learn from them. Learn to repair the damage you caused and learn to ask for forgiveness.

To establish connections based on freedom, we are obliged to have autonomy. However, emotionally immature people do not have a clear sense of independence. Often, they believe that meeting their wants is an autonomous behavior, but to take the consequences of their actions, they need others to cushion, hide or alleviate their responsibility.

Impulsiveness is one of the most striking features of immature people. Impulsiveness that is often expressed in the way they manage their resources, such as money. So, to satisfy your desires immediately, buy what you do not need the money you do not have.

Sometimes they embark on bizarre financial adventures: they do not objectively analyze investments and fail to assess the consequences in the medium and long-term. Therefore, they always live indebted, only to satisfy all their whims.

6. They are control freaks

The Immature person has difficulties in letting the things be as they are, and frequently feel the need to be in control of everything and everyone. Their Comfort Zone is variable in direct proportion to the acceptance of their ideas, words and general behavior. They have their own Ideas of perfection and Order.

The person does not decide to be immature. All these characteristics of immaturity do not arise or remain with the conscious decision of individuals. They almost always result from gaps or gaps suffered in childhood or may be the result of unhappy experiences that have prevented it from evolving and letting these experiences go. If you are like this or know someone like that, do not judge him. In fact, the important thing is to realize that boosting their own emotional growth, it can lead them to a better life.