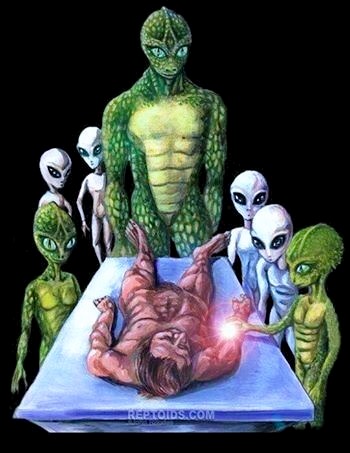 About five thousand five hundred years ago our cosmic memory (blueprint core of creation) was erased by the Reptilian species. Thankfully that memory, frequency and energy is starting to come back now and they cannot stop it.

When the invasion happened, it was a 5th dimensional invasion, meaning from the 5th dimension the Reptilian energies created a particular wormhole and invaded. And when they did this, they scrambled our cellular alphabet. What this meant is that it unplugged our DNA, it unplugged the core source energy that was in the center of our planet.

Our planet of course is a breathing, living, conscious entity. The iron core of our planet has a black hole within it, breathes the source within it. The fields of the various grids that actually became distorted from this invasion disconnected that particular source energy from our planet.

What happened is, instead of being connected to the source of internal perpetual supply that would exchange with our planet field, that frequency, energy of our planet and our consciousness was siphoned off for Reptilian use. If we look at the world today, you look at the third dimension, you can see that humanity has lost it’s Humanity.

We are living in a anti human structure. How did we let this happened and how are we allowing it to continue? This is not a Human agenda, it is an alien negative agenda. Really, it’s not about creating an enemy; it is understanding that the Reptilian consciousness needs to be rehabilitated.  The Reptilian consciousness needs to understand that its time of control on this planet is done.

When the Reptilians invaded, they infiltrated Saqqara Egypt. It created a “trigger event”, what that means is that it created subsequent events that resulted in what we see in our planet today.

Theses are choices that we made as a species from our own lack of understanding of what was going on then. And the bible and the religious text placed on this planet are a negative Reptilian placement. The Reptilian beings basically became in the supreme arrogance of their own worship and created structures for us based on salvationistic type of thinking. Based on redemption thinking that we are lonely little ‘worms’ that have to work our way out of sin, which is completely false.

And this is a negative Reptilian alien agenda. This has set back human evolution about five thousand years.

The teachings that are a part of human history that are part of what belongs to the human race have been absconded, twisted and distorted.  It’s no wonder so many of us die with a broken heart, because our truth cannot be expressed in this realm and the current agenda with this invasion is mind control. When we actually start to transcend mental programs, they won’t be able to control us because they don’t know what consciousness is and they don’t understand human emotion. They only understand the mental programming that they’ve been very successful and clever in implementing in our society, in our way of life so that we are easily controlled, like automatons going to work everyday, having our two babies, getting a mortgage.

This is all a part of keeping us in the same cycle. Many of us are persecuted for seeking a different path, knowing all along that all we wanted was liberation. The mind control happens on many levels via TV, movies, media, our lower three chakras and electromagnetic mind control technology that we cannot even see with the naked eye unless one is spiritually awakened. All mind control technology ultimately serves Reptilian invasion agenda period. This is an anti human agenda based on domination and enslavement. Mind control has been increasing since November 2009 because the Reptilian’s feel that they are losing grip on us. The Reptilians consciousness has created an anti human structure on this planet that benefits small privileged (elite) few. The Reptilians believe in hierarchy.

The origins of the Reptilians dates back to millions of years ago to a planet near the Draco Constellation. The Reptilian Alien agenda seeks the corruption of our planet and the minds and hearts of its inhabitants.  By assisting mankind in this egocentric task, the Reptilians gain more power through the ingestion of our evil/negative energy.  The current planetary ‘Ascension’ is literally the ticket ride out of that negative space.

In order to break away from the mind control, we need to have spiritual connection, trust, and know that we are protected and supported in the Divine essence. Our job is to make sure that we connect and find ways to connect the spirit, which brings us into our core, and brings us into peace.

About the author: Romeo is the Author of the book, “Personal Ascension: How to Expand your Consciousness

.” He is an advocate for healthy lifestyles. He is the the brainchild of Ascension Energies Media and creator of NutriUnify Solutions, a natural health Organization. Romeo’s life path is to uplift humanity, one soul at a time, through the power of Divine Love!