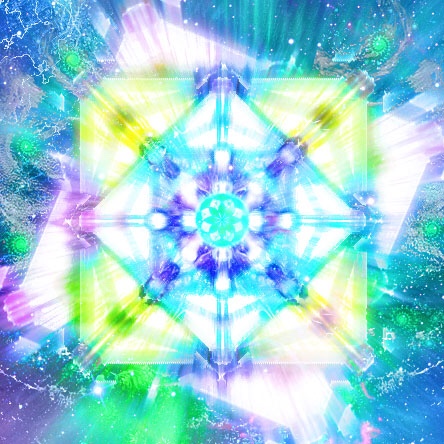 The Guardians have described four different scenarios for the Ascension Plan in its group waves:

Ascension One-Ness: This would be described as similar to spontaneous Kundalini or a Samadhi moment, within the glimpse of nature a communion with all life forms takes place in simultaneous conscious realization that the being is One with all things in instantaneous time. The realization, the feeling, the consciousness and experience of At-One-Ment are all simultaneous and instant. The catalyst of the being is from holding a light accretion level that supports the critical mass in the personal auric field, that spontaneously activates the DNA required to hold this level of consciousness.

Ascension Twin Flame: Soul agreements through Twin Flame or Divine Union are to be united and the unit of consciousness, light packets being held in mutual soul agreement between two beings to catalyze the awakening process. This is the power of transformation and transmutation, as experienced within the True force of Love as an energy signature. This spiritual template may also be for Divine Union Couples to embody the proverbial Rod and Staff, and combine soul missions to accomplish greater world service with their mutual strengths to serve. This creates a trinity of Ascension Creational Energy as the embodied Ascended male and Ascended female, combine their energies to birth a new world paradigm through service. Some of these Divine Union agreements will include one of the souls to actually walk in to establish this soul agreement. There is more progress on what is referred to as Twin Flame Rifts and the schism that delayed these Twin Flame agreements from happening in prior cycles. We will be guided in this area with more information in the coming months.

Ascension Star Family Contact: Many more Souls with Star Family genetics and ET lineage connections, will be first impulsed and then contacted for communication and collaboration. Many of those in this group have soul agreements in place for this method of spiritual advancement. Light packets of data, Star Language and its coding have direct frequency implications, along with DNA activation sequencing. This is the path of the download and many beings receiving huge downloads of various data, ascension or evolution information, are being directly impulsed and contacted by their Star family Lineage. The Star Family in many cases will employ etheric surgery, upgrading the consciousness manifestation template and its programs so the being is more comfortable and able to have direct cognition and functioning to learn the Language of Light, or Star Language. Many beings are being recruited and have agreement to be in a Galactic Emissary roles for the human species.

Ascension Walk In: This will have some different variations from a traditional walk in scenario. Most Walk Ins are considered to be that of a 3D incarnated soul that has stepped out of its bodies at a certain point of time, usually in a Near Death Experience. And a new aspect of soul essence has stepped into the bodies and taken responsibility for the original soul’s karma, ancestral and its other issues upon walking into the body. Generally there is a Monadic soul braid connection when this occurs, to allow the soul its same connection to its Monad or Oversoul. The new Ascension Walk In can be a variation of merging multidimensional consciousness with its higher identity, and the higher identity takes over, or a sharing of soul essences in the same body to get certain objectives completed in this incarnational round. This scenario I have the least grasp of comprehending, except suffice to say some unusual configurations and surprises are in store for us in this regard! It is possible to say as an example, that the very last being you may think is so asleep to its ego and that it would never demonstrate enlightenment in this lifetime, may show up God-realized in a split second! Wow! Maybe George Bush will be a walk in!*

*From March 2007 newsletter (ShowTime), when George W. Bush was U.S. President. In regards to this possibility of enlightenment, does that mean there’s also hope for egomaniacal Donald Trump?