“As the old adage goes, truth is stranger than fiction. It turns out the gnostic Illuminati were right, we really are dealing with a rogue AI that controls the Khazarian mafia. Humanity must defeat this AI or become slave-robots working eternally to serve a machine mind. Now we are getting dramatic new evidence showing this is the case. The head of the fourth Reich George Bush was executed so the fourth Reich is fighting back. As we reported recently, the White Hats thought they scored a major victory by apprehending Davos World Economic Forum (WEF) head Klaus Schwab, and EU Central Bank Head Christine Lagarde in Antarctica. Well, Schwab has been apparently replaced by AI. Now, this week the WEF will be holding a ‘virtual Davos’ where they brag ‘The global COVID-19 crisis has acted as a worldwide accelerator for the rollout of artificial intelligence (AI) initiatives.’ Our CIA sources say the person appearing as Fauci on TV screens is definitely an AI avatar because the real Fauci was executed. What is really happening is the AI is trying to use mind-controlled troops to fight the United States militia who have been activated in 43 states and are moving in on Washington DC. A massive counter-attack against this AI and its brainwashed human servants is now underway, according to Asian Secret Society, CIA, MI6, NSA and FSB sources. This caused the AI posing as US presidential spokesperson Jen Psaki to malfunction (as background, David Rockefeller grandson Mark Zuckerberg had been playing the Psaki role until he/she caught COVID and disappeared for 12 days before being replaced by an AI avatar). No laboratories around the world have proven the existence of COVID-19 which means the worlds’ civilian governments have been in high treason for two years. The FSB is also cracking down on vaccine pushers and politicians being bribed by the vaccine pushers, the source says. An NSA source agrees and says public Nuremberg-style tribunals will begin in April. Of course, other sources say the trials have been going on for some time. We also note the reappearance of Donald Trump who is no longer pushing vaccines. The Trump who is appearing at rallies in the US is actually his double (the one with white around the eyes and a double chin), NSA sources say. The US military’s DARPA program released bombshell evidence the vaccine and fake pandemic was ‘Premeditated Manslaughter of Millions of People Coordinated at the Highest Levels’. Now Russia’s FSB has determined what is in a large portion of these vaccinations the WEF wants to impose on humanity: nanobots allowing remote control of humans by AI. The removal of this threat has now finally allowed the white hat military to take direct action against the Khazarian mafia and related AI servants inside the United States. As a CIA source notes: ‘Hackers broke into all of the pharmaceutical companies and stole all the medical data on vaccines, thank God! The Great Awaking has lifted off! Forward this link everywhere.’ Among other things, the hack revealed that some vaccine batches were 50 times more deadly than others. In any case, more and more humans are backing away from the vaccine agenda. It’s all coming out now.” 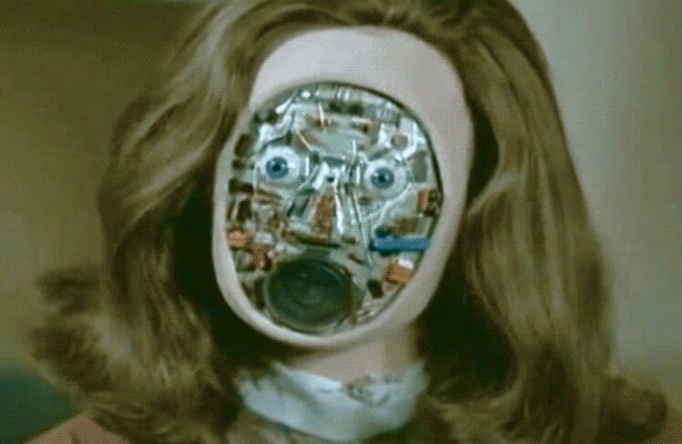 ~via The Gnostic Illuminati was Right, We Are Dealing With a Rogue AI