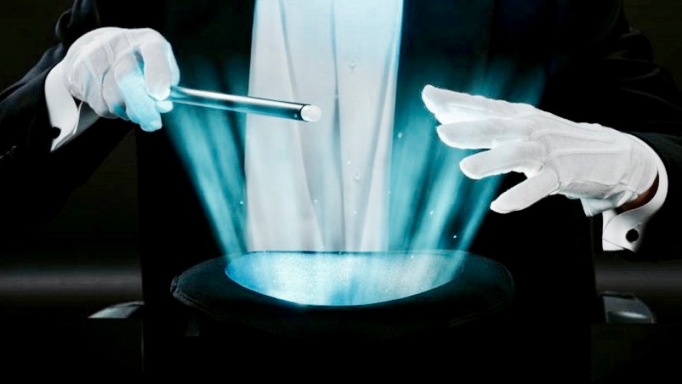 “Every time we touch money, exchange money, we are dealing with Egyptian Curses and anti-human Black Magic. We have been born into a structure that has been enslaved by something ancient that has been hidden from everybody, yet is everywhere, we can’t get away from it, because it’s everywhere in the structures of control. It’s in every organization used to control the society of the world we live in through the Power Elite. The Power Elite and committee members that include those families running in the Controller groups have been organized based upon their ancestral bloodlines, wealth, power and status. The majority of these people were groomed through Satanic-Luciferian cult practices and placed in the absolute highest positions of power by the NAA forces.”

The Power Elite are a small group of people who conjure Black Magic through dark rituals that are used for maintaining contact with the NAA, in order to control the entire planet through the manipulation of the Collective Consciousness through fear based programming that is transmitted via Mind Control. To reinforce the fear programming and keep the population in a vibration of fear and separation, they organized an complex system of global institutions to act as the primary enforcer of the propagation of the disinformation that they use to influence people to self-enforce the belief systems that shape the narrative of the 3D reality.

There are five pillars of the main structures that use anti-human control which influence all planetary affairs. These pillars of society are manipulated to shape all World Organizations through the agenda of control enforced by the Power Elite classes.

In choosing one of the main Pillars of Society – Religious – Academic – Financial – Medical, we can see how even though these areas of different belief systems feel completely separate and opposed from each other, in reality they are not. They are used interchangeably to appear in diametric opposition to the onlooker, but that is not how they actually work. They all have the same underlying goal to reinforce each other to manipulate power to be given to the top of the chain. Divide and Conquer mentality to continually create victims and victimizers is how all of these pillars of society work. So let us choose the Academic world for an example. Current mainstream atheistic science forms the current parameter of the collective accepted belief systems in the academic world which further direct the consortium of world organizations which impact human and planetary affairs. Science promotes atheistic consensus and barbaric medical practices, while Religion promotes spiritual terrorism and war through Hell fire and brimstone of the Alien Gods. Both make massive amounts of money for the financial, medical and military sectors with the primary goal to invest in controlling human beings. Effectively, they are all functioning components of the same thing. [1]

Patriarchal Domination is enforced in a variety of ways through abuses of alpha male power to control women and those ranked lower on the social or religious classification system through fear, intimidation and Victim-Victimizer techniques. This is a learned skill that is promoted in a variety of ways or is mimicked from boys watching their Father’s or male authority figures evolve into the Controller archetypes that promote Archontic Deception Strategy. This is a primary strategy of programming humans into Mind Controlled Archontic Deception Behavior that originates from the Orion Group Reptoids of the NAA.

Strategies of exerting power and Mind Control through Misogyny exist at every level of society, starting as domestic violence and forms of abuse which shape core values and the way humans are programmed to think. To better grasp how the Archons of the False King of Tyranny operate to abuse power systems by creating victims or victimizers on the earth, please see the domestic abuse chart.

Every time we touch money, exchange money, we are dealing with Egyptian Curses and anti-human Black Magic. We have been born into a structure that has been enslaved by something ancient that has been hidden from everybody, yet is everywhere, we can’t get away from it, because it’s everywhere in the structures of control. It’s in every organization used to control the society of the world we live in through the Power Elite. We don’t have a lot of alternatives in fully detaching ourselves; being stuck in the system as it is, and recognizing the Egyptian overlays are everywhere. They are in the stock market, the banking system, everything that we have to touch when we pay for things, rent, bills, we’re in an Egyptian Curse, we’re in the timeline of the energies that they have used form that point in time as a power source. The Federal Reserve, these structures of government have taken — when we see the obelisk, when we see these monuments that are erected as honoring government all of this is a type of occult knowledge that has been taken from the Masons or whatever, but it goes back to Egypt and further into the Essenes, and beyond. But I feel a Big Black Block in the Egyptian time, because it seems that the primary energy force that is harvested from human beings to maintain power in this world, meaning this small 1%, this Illuminati, these governing bodies — they are drawing upon a regular source of power from the Egyptian timelines. By doing that, they are creating more karmic exhaust, more curse, the more people feed into it— because obviously, there’s not a lot of choices on prison planet. So it’s something that keeps regulating the governance of this power abuse of the Controllers, that is the enslavement that can be felt in all of these structures. [2]

If a technologically advanced extra-dimensional race has decided to implement a gradual takeover of a planet and its inhabitants, what domination strategy would it use? First they would look to how they could maximize the efficiency of the invasion process and reduce the expenditure of resources that they have to generate themselves. To achieve this goal, the secretive infiltration of the core societal organizational structures with mind control such as: religions, medical, financial and legal systems, would be ideal to shape the anti-human value systems that generate the victim and victimizer reality belief systems that they use to enforce tyrannical Mind Control. Through the engineering of a labyrinth of self–enforced enslavement policies based on fear and intimidation through SRA methods hidden in plain sight among the earth inhabitants, they would achieve the use of minimal “off planet” resources by piggy backing on the earth-human resources. The people on earth would effectively enforce their own enslavement through inflicting torture methods learned from the adults that abused them as children and carry it from generation to generation. Through consistent desensitization and dissociation, they would grow into dysfunctional adults that would continue to feed the cycle of SRA to enslave their own global human family by giving up their rights and their resources to the Power Elite. [3]

The head Controller Ego Archetype is the Draconian hierarchal belief system originating in Orion, which is the False King of Tyranny. This is the main ideology of the Negative Aliens and their NAA to Mind Control humanity and enslave this planet to their rule through slavery enforced by Consumptive Modeling. Through its archetypal overlay implanted into the planetary brain, humanity has been “forced” to submit and worship a False Father Reptilian God through Religious Violence and salvationistic theology. (see False Gods)

This ego archetype is represented as the angry father god that will protect you if you do his bidding and worship him or you are condemned to hell. Because the False King of Tyranny is the primary Reptilian Controller Archetype used to control humanity and the planet, it is these archetypal forces that are wielding “his” cosmic rage upon the planet as he loses control. Primarily Males that are using this archetype as an identity (or younger males who are totally disconnected and lost) are easily used for these Dark forces to unleash their anger and rage upon whomever is the near vicinity. (This has been evidenced with young males randomly shooting to kill and then killing themselves.) This is the phenomena when human bodies are used as dark portals to direct these forces, if they are unconscious, they have no idea this thoughtform is not sourcing from “them”. Most of the planet’s ego maniacal leaders are manipulated to play out these agendas and are reinforced through this N.A.A. Controller archetype. [4]

Satanism is based on the manipulation of energy and consciousness through Mind Control, deception and is many times ritual based SRA. These deeply sick rituals (such as Blood Sacrifice in war and killing) create an energy field, a Vibrational frequency, which connects the consciousness of the participants to the NAA group (i.e. reptilians) and other Consciousness energies in the lower fourth dimension. The Archons on the Saturn base transmit AI that contain Satanic belief systems to propagate these distortions on the earth. This dimensional field, also known as the lower astral to many people, which resonates to the frequency of low vibrational emotions like fear, guilt, shame, hatred and so on. When a SRA ritual focuses these emotions, as Satanism does, a powerful connection is made with the lower fourth dimension, the NAA, Fallen Angelics or reptilians. These are some of the ‘demons’ which these rituals have been designed to summon and feed since the NAA invasion occurred.

Divide and conquer the inhabitants of earth by generating secret societies that are heavily rewarded with earthy power by infiltrating and establishing AD programs and behaviors among their influencers. By establishing bloodline spiritual relationships in the ruling classes or Power Elite, these humans are indoctrinated at birth to believe their elite status through bloodline and that their god of choice will protect them and their families on the Luciferian or Satanic ideology. To be an apostate of their ruling class secrets is punishable by torture or death. The main tool for human Divide and Conquer is generating war, economic terrorism, blood sacrifice, sexual abuse, Mind Control and SRA to steal physical and energetic resources generating all its combined power to feed back into a centralized system of NAA control. (NWO)

The Big Five AD Strategies to generate more AD Negative Ego Behaviors and spread their anti-human value systems in the human public are:

Main Goals of the Power Elite