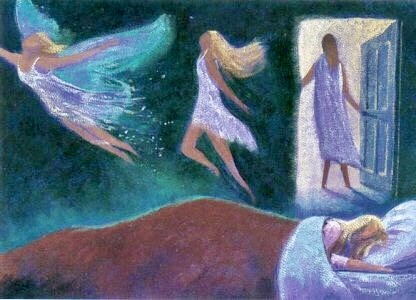 The direction your head faces while sleeping has a strong effect on your physical and mental well-being.

The Indian Ayurvedic tradition believes that sleep positions decide the kind of energy we want coming into our life, with sleeping facing the East and South being the most beneficial.

Vishnu Purana says: “It is beneficial to lie down with the head placed eastward or southward. The man who lies down with his head placed in contrary directions becomes diseased.”

We all know that Earth has a magnetic pole stretched from north to south with the positive pole at the north and the negative pole at the south. Now, health scientists tell us that humans like many other animal species have an innate magnetic compass, with the positive pole at the head and the negative one at the feet.It is common knowledge that like poles repel and unlike poles attract not only scientific but also in social spheres. When we lay our heads on the north side, the two positive sides repel each other and there is a struggle between the two.

Earth revolves from west to east, and sun’s magnetic field enters earth from east side. This magnetic force enters our head if we lie with head on the east and exits through feet, promoting cool heads and warm feet as per the laws of magnetism and electricity. When the head is laid towards the west, cool feet and hot head. It results an unpleasant start for morning.Now we may realize why the ancient people said, that our intellect improves by east facing head.

Further studies have suggested that humans who sleep in an East-West position have far shorter REM (Rapid eye movement) sleep cycles, in which dreams occur, compared with North-South sleepers who got more REM sleep.

REM sleep is the final phase in our deep sleep cycle and it usually takes up 20-25% of the total sleep time. There are various theories about what REM is from neural pathway development to memory consolidation, but science is agreed that it is a vital function and so maximizing your amounts could help promote greater health and well being.Our sleep positions may have some beneficial effects, from increased REM sleep and energy flows to improved and regular patterns. As more research is carried out more will be known.

3 thoughts on “BODY MIND SOUL SPIRIT: “How You Are Affected By Your Sleep Direction””