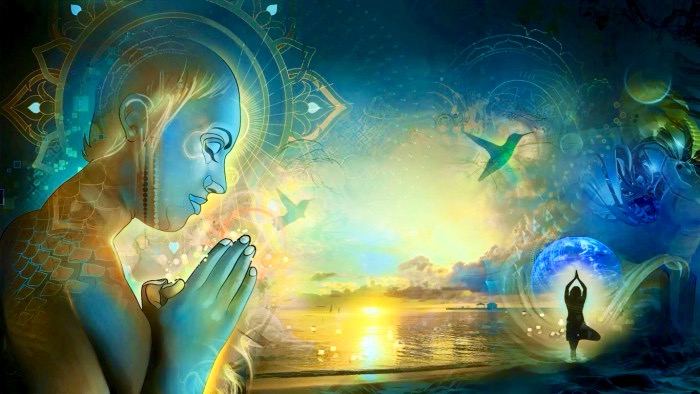 A great shift to a higher consciousness has been accelerating since the 1960s. The progressive portion of humanity is stretching the envelope of human consciousness deep into new territory.

As The Shift progresses over the decades ahead, intuition will bloom and people will begin to notice that their five senses have acquired a new subtlety.

The Earth will be seen as more beautiful than ever, filled with subtleties of color and perfumes that were always there and yet were never before detected.

The spirit of humanity will be focused on peace and hope for a new tomorrow, which will unfold as if it were the arrival of heaven on earth.

Tomorrow’s humanity will develop in the direction of cooperation, not competition. People will treat other people as loved ones and as if they were dear family, because they will see the light within each other and know that we are all connected.

That which used to be a burden will now become a joy, as people work to help each other and support each other.

Gone will be the old way of focusing primarily upon materialistic gain, because people, being heart-centered, will want everyone to have everything that they need and everything that helps make life a joyful experience.

On the technology front, energy will one day be clean and plentiful after we learn to tap into and convert the life-giving etheric energy that flows from the Sun.

Etheric energy has been utilized for thousands of years in non-technological applications under the names chi, prana, and universal life force.

It is the primary energy of the Sun, while the more dense electrical energy is a relatively minor secondary energy.

Nikola Tesla, the inventor of today’s alternating current power systems, experimented with etheric energy, recognized that it behaved quite differently to electric power, and described it as ‘cold electricity.’

It is less than 200 years since the key principles of electric energy were discovered. When the principles of its big brother, etheric energy, are mastered, the door can potentially be opened to a wide variety of long sought-after technologies.

Eventually, all forms of toxicity will be addressed and remedied. Gone will be thoughtless pollution by toxic chemicals and the smoke of burning fuels.

Love will be the way, and The Way will be Love. People will see the God within others and hold a sense of allowance for everyone to pursue their own unique spiritual path.

Gone will be the rivalries of small-minded religious factions. The new vision of the nature of God will be universal and all-inclusive.

Gone will be the toxic need to exert control over others, as the fears which cause this will dissolve and softly drift away with the wind.

Humanity will build a world of great beauty in harmony with nature. Nature itself will be honored as a beautiful expression of the Creator.

Most of all, people will give thanks to the consciousness of God for life itself and for the joy that communion with the Divine Spirit brings to our very souls and to our deepest sense of being.