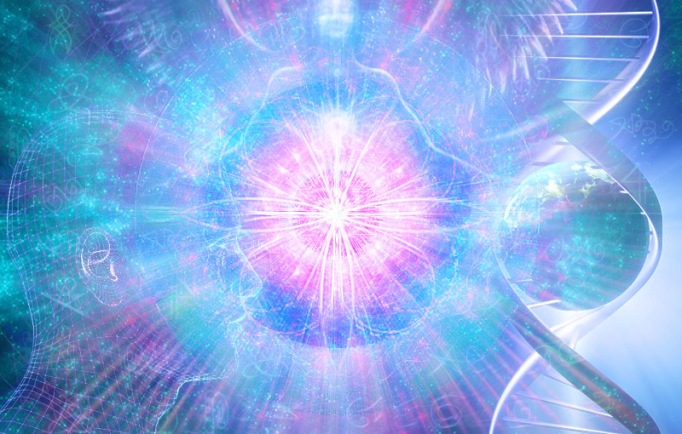 Lately, there has been a wild increase of complex levels of psychological and emotional manipulation that is trickling down from the macrocosm into the microcosm, impacting our lives. As the collective unconscious rises to the surface, many humans remain completely unconscious while playing out destructive behaviors with little to no self –awareness. Most of us did not realize that on the Ascension path, we would need a spiritual Ph.D. in evaluating and discerning the range of ego defense mechanisms that are a result of global mind control, that take such complex forms as splitting behaviors that use many different kinds of manipulation tactics. One of the most common methods of emotional manipulation that is heightened now is the “turnaround”. Manipulation turnaround  are those situations that if you make a statement, or share certain communications, in any kind of social situation ( job, business, organizations, family life, etc.) the manipulator will nitpick and comb through that statement in order to turn around the information that you have shared to be used against you in negative ways. It does not matter how kind, forthcoming or honest you were in sharing that communication, the manipulator is hell bent to find something to use against you as a form of character assassination. This is a common form of Dark Force Manipulation, using unconscious people as dark portals to wield chaos and confusion into the environment or social setting. The Imposter Spirits are targeting many Light bearers for forms of inciting persecution complex in their social groups or perpetuating what is referred to as the Victim-Victimizer mind control. It’s a form of dark harassment in using other unconscious humans that can be easily manipulated into fear based behaviors of attacking or accusing, so that the dark forces get the weakest human in the near vicinity to carry out their dirty work. The dark forces are very clever in using strategies to manipulate the weakest link in the chain and to get that person near you, who may be emotionally troubled and unstable, to act out in a variety of ways to take out their personal issues on you, and destabilize any project or situation you may be involved with.  It’s a diversion tactic, as well as an energetic drain, dealing with the lies, hysterics, projections and accusations that generally have nothing to do with real actions and accurate facts. However, it’s a great spiritual lesson in making sure that you are as clear and impeccable with your words as possible, as we must remain accountable to all we say and do. As we hold integrity and accountability for our actions, those people that truly know us will be able to see through the masks of deception and lies that are used to confuse and distort the truth.Due to the unconscious trauma based fears and accumulated emotional pain that exists within so many people, along with the fact that many of the current social, educational and business structures reward extremely negative behaviors, humanity has developed incredibly complex forms of ego defense mechanisms that use many forms of aggressive psychological and emotional manipulation. The promotion of the Archontic Deception Strategies to ensure that one’s social status and money remain as the reward system on the material plane, which has shaped anti-human values and influenced the deep pockets of corruption and greed that exist behind every form of social control. As a result of this rampant infiltration and social acceptance of anti-human values to rule on the earth, we have bred an entirely new kind of species of human. Humans that are conditioned from birth into childhood to become very good manipulators, developing potentially, into master manipulators in adulthood.If you grew up as a child being manipulated by family members, manipulation may be harder to discern when its happening, because it feels familiar. In these situations where people are manipulated by family, while they smile and say “ I love you” at the same time masking hostility, can create very unhealthy and destructive relationships in adulthood. The manipulator may use words that are pleasant and sound reasonable, or they trigger buttons of emotional guilt or sympathy, so  that you override your instincts and don’t know how to respond. The manipulation may seem benevolent, friendly or even flattering, as if the person explains that they have your highest concern in mind, but in reality it’s to achieve an ulterior motive that really serves their needs or desires.

Master manipulators are people that do and say things in order to get whatever they want in order to feel secure or better about themselves, whenever they want it, at great cost or destruction to others.  People are conditioned early in life to build walls of inferiority or superiority complexes that sublimate all personal responsibility in their life, while they give their power away to something external, such as blaming others for their personal issues. Many times light bearers will trigger these kind of people that like to blame something or someone for their unhappiness, and we get into the cross hairs of an unhappy ego that is influenced by dark force manipulation, that wants to use our inner light as their sacrificial lamb. The ego coping mechanism of blame and projection, generally will form into consistent tactics of psychological and emotional manipulation, thus, the manipulator has no sense of accountability to how their actions directly influence others, or the larger picture. Given the interconnected nature of human consciousness, every person has an impact upon others. Manipulators tend to have pent up negative emotions and dominating egos that commonly are felt as extremely energetically draining, earning them the nickname of “emotional vampires”. We all have had those situations being in close proximity to some dominating and unhappy ego, reinforcing the boundaries of our 12D shield many times, to try to neutralize the draining and cording impacts, when in the presence of an emotional or mental vampire.

Manipulators do not take responsibility for their own actions. They are quick to turn around any situation to perceive what others may have done to them, and narrowly focus upon how they have been wronged or slighted. Many times, from their own inner unresolved pain, they make up imaginary storylines from their own obsessions and ruminations so that, they can come up with reasons to justify themselves . This story may be pathologically believed or exaggerated in its importance from their lack of clarity and discernment. Conversely, the disinformation and discredit agenda is to make the information or their target lack credibility, in order to ridicule or diminish that persons integrity and reputation. Generally, manipulators are very indirect and hide in the ambiguous confusion of the shadows, not confronting issues directly or transparently, but spreading gossip.  They will not tell their human target how they really feel, but prefer to triangulate and tell other people how they feel, so that you can hear their complaints from someone else.  By taking the passive-aggressive route, emotional manipulators are able to deal with things indirectly, while lurking in the gray areas, manipulating between truth and lies. Different behaviors of passive aggressive include, talking behind your back about what a bad person you are, getting others to say to you what they would not say themselves, turning the story around to suit their justification of hurt feelings to be the victim in the story, and finding subtle ways to manipulate circumstances, so that they let you know that they are unhappy with you.

Currently, there are aspects of flagrant manipulation being aggressively used in many aspects of society, to intentionally derail any forward discussion or inquiry that would expose the truth in circumstances. Derailing is to change the subject of discussion and commonly to turn it around so that the manipulator can place themselves in the role as the victim or to gain sympathy. Derailing is also effective to keep a line of discussion going, that serves the manipulators agenda to cover their tracks from lying or conveniently leaving out larger important facts. For example, a manipulator may pretend to be offended or devastated in order to stop any further conversation about their unethical or questionable actions. Also, narcissistic personalities have a hard time not being the center of attention and will act in ways to derail focus of a person, or group, in order to gain attention, accolades or approval.

Manipulators have selective memories. Those who have mastered the art of emotional manipulation are experts in justifying their actions, turning things around against you, and rationalizing situations to defend their position. Master manipulators, also known as Sociopaths, are incredibly skilled in passing off even the most ridiculous lie without giving any obvious clues that he or she is being deceitful. These kind of people are expert persuaders to the point that you begin to question your own memories and sanity. If you have communication with this kind of person,  it is best to date, document and write down all communications that have been had. Keeping a log of what he or she says is a good start to having definitive proof that he or she is lying right in your face. Sometimes you may want a witness, having another person with you when the manipulator is talking, and writing it down or recording the conversation.

It will be helpful for all of us to learn how to better handle manipulators, as there is so many of these manipulative behaviors that we encounter in our day to day life, as well as dealing with and vanquishing dark force control. The first step is to know whom and what you are really dealing with. Human manipulators and Dark Force manipulators know your triggers!  We can be informed by studying their tactics and learning their favorite weapons. We gain energetic strength to diffuse and navigate through these dark tactics by building our self-esteem and self-respect.  When we have self-esteem we are more comfortable with assert ourselves to set proper boundaries that are critical to neutralize the impact of manipulators in our lives. This is our best defense!